Written by Support
Updated over a week ago

You can easily organize your recordings into releases (e.g. Single, EP, LP/Album, Soundtrack, Compilation, Mixtape) and input the related release information and metadata.

By now, you may have guessed that your catalog is structured with the following relationship workflow: Songs > Recordings > Releases.

Step 1: On the Recording Details page, in the Associated Release section, use the search box to find your release or click the Add New Release button to create a new one.

Step 2: If you're adding a new release, the Add New Release pop-up will appear. Enter the release title and click the "Add New Release" button.

Step 3: Your new release will appear under the Associated Releases section, but click save before moving forward.

Step 4: Click the pencil icon to the far left of the release title to edit the Release Details.

Step 5: Now you can add additional information to the release including Artwork in the upper left corner, Release Details, Release Artists, Release Label, and Distribution Company. 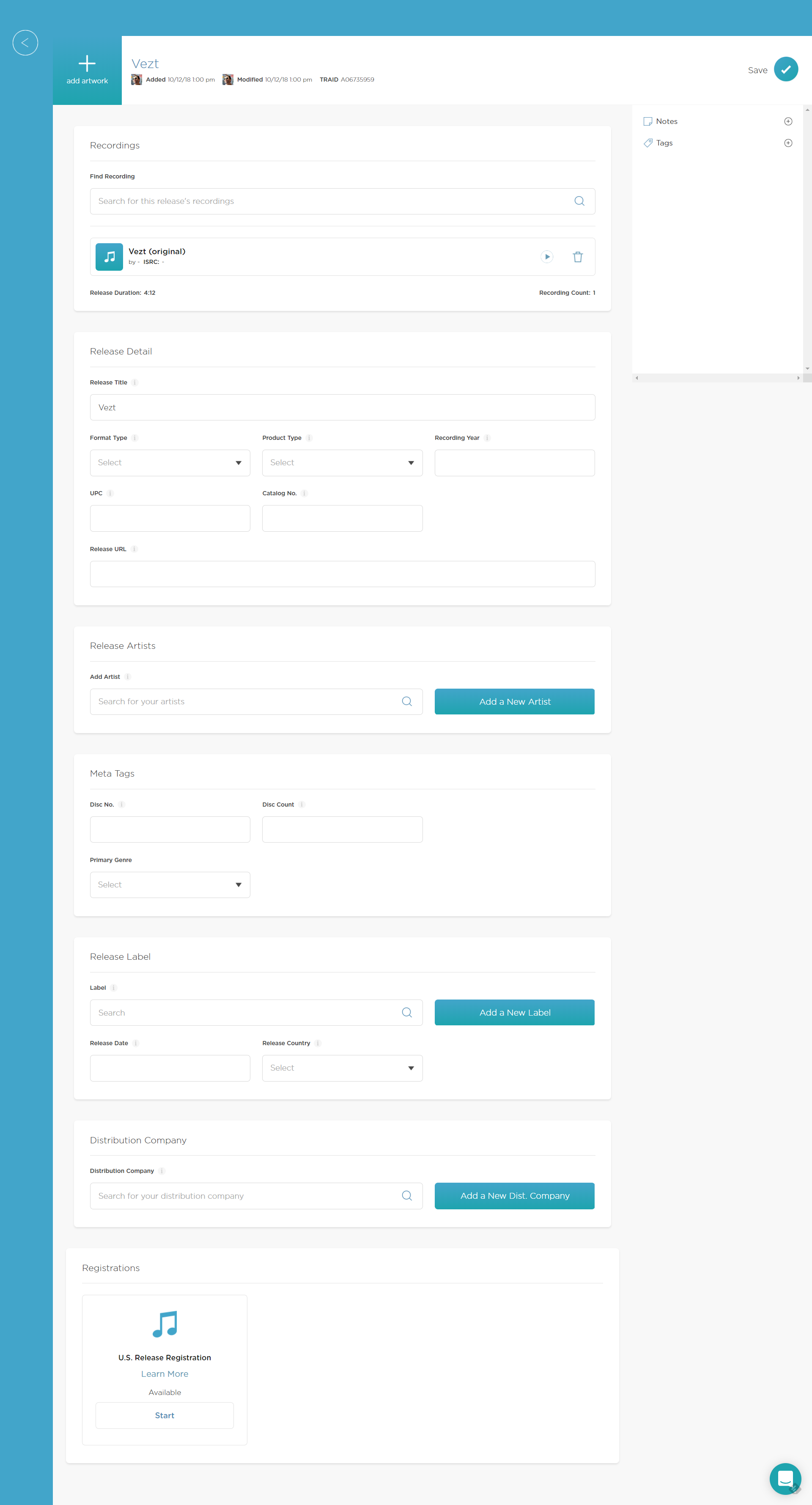 Step 6: Click the Save button in the upper right corner when finished.

Did this answer your question?